One of the most unexpected things about my new run commute routine, is how my relationship with my rucksack has developed: I hated it on the first run, the way it was jumping around uncontrollably, crashing against my back and weighing me down… I could feel its weight even after I had taken it off, in my tense calves and hips.

In desperation I pulled the straps as tight as they’d go to at least keep it glued to my back (previously I was relying on the waist strap to keep the weight on my hips and not my back, but it would always ride up somehow) and even though the weight was still there, at least it was moving in harmony with me and not flying all over the place. We were running together as one, in the same direction.

Instead of an unpleasant but necessary load, I even started seeing it as a companion, something that allowed me to do things I wouldn’t otherwise be able to; experience things I wouldn’t otherwise have experienced and even evolve as a runner (and person?). Thanks to my rucksack, and the options it offers me, I now run more and more consistently, have added 15k / 9mi to my weekly mileage and have become a person who can run regularly to work with 10kg / 22lbs on his back and a smile at he end! 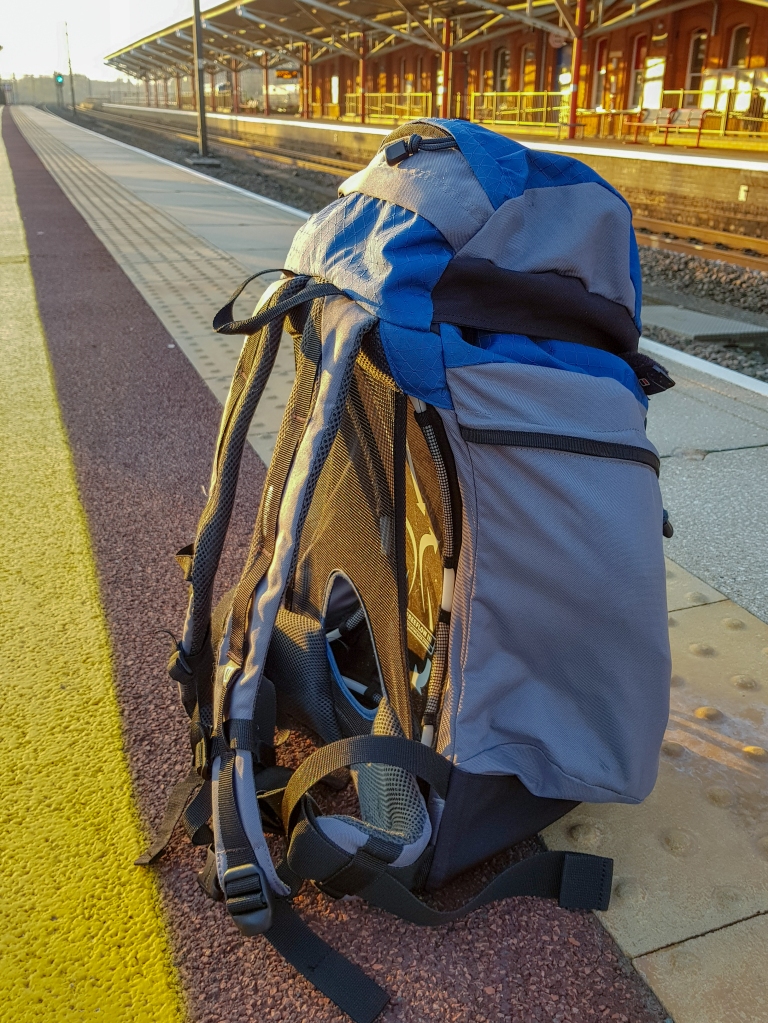 And though my rucksack isn’t the only thing I love, far from it, when I run it is the only constant presence on my mind; that and planning my next step along the confusion that is London’s streets in rush-hour.

So from Niko Dimou’s poem I leave the sense of loss for the many things that Sisyphus has forgotten, and choose to concentrate on those of the heavy loads that we carry which we get accustomed to, learn to harness (tighten those straps!), grow fond of and which – perversely – make us better versions of ourselves.